Ever see the Steve Martin/Rick Moranis classic “My Blue Heaven?”In it, the incomparable Joan Cusack asserts that people are either “The Funny One,” or “The Smart One,” assuming most people are NOT both.Emmy nominee and PRSA Western District Conference presenter Hilary Blair, however, begs to differ.

A popular voice-over artist and actor who teaches voice, public speaking, and voice-over for the Denver Center for the Performing Arts and the National Theatre Conservator, Hilary is currently preparing to lead a group of PR peeps (myself included) in a full-on Improv Workshop at the Conference in March. More details here.

So, this got me to thinking…

Hilary – why does comedy have a place in the work day?

Comedy and creative play is – or at least should be – part of our daily lives.  As adults, we move away from play – or separate out play time from our serious work time.  What most people don’t understand is that play itself is about exploration and constructive problem solving, not mere frivolity. While it sometimes gets a bad rap, play and comedy can play a very serious part in the learning process.

Humor can also help get to the core of issues in business – responses while at play and when in the throes of laughter are often from the gut. Our gut responses to most things are all too often dead on – if only we would listen.  Some of us have turned a deaf ear to our own brilliant ideas!

When we make time for play and comedy, we give ourselves a chance to get back to listening to that small voice, trusting that tiny prod to move forward in a certain direction – to try a crazy idea or look at something from a new angle.

Every day is a chance to rekindle our playful creativity for life and work. 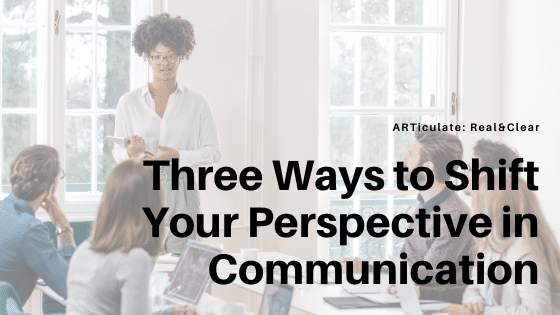 Three Ways to Shift Your Perspective in Communication 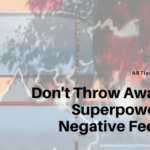 Don’t Throw Away Your Superpower After Negative Feedback

The Importance of Being Human in a Digital World

Think about all the ways we are out in the world, and all the stories that are continuously being told about each of us. We generate data just by moving through our daily lives. We create–and curate–our personal brands through social media. As our personal data threatens to eclipse our personal stories, giving a strong voice to who we are is more important than ever. And, as machines learn to do more for us, human connection remains our unique space and a primal need. How do we claim our stories and use them to build authentic relationships? We can start by paying attention to the messages we send both literally and figuratively. Once we figure out who we are, then the real connections can begin.

Stop being so nice

We’ve been taught to be polite and nice, but those priorities can get in the way of connecting and building trust. We need to honor people, not placate them. Great leaders master kindness, empathy and authenticity while delivering tough messages. We become more successful when we understand that authenticity leads to trust and trust leads to influence. In our world of heightened sensitivities, we might be conflicted between saying what we mean and what we think our audience can handle. Counterintuitive actions, while uncomfortable, will generate high performing teams and create a more inclusive and intentional culture.

Awkward Conversations Suck. You Don’t Have To.

Counseling an underperforming employee. Calling a customer to tell them you have made a mistake. Helping people work through conflict. Does the mere thought of these types of discussions make your chest tighten? You’re not alone. But you could enter an elite group of people, those who own the awkward and manage to bring their full voice and best selves to even the hardest of conversations. If working with people were easy, we wouldn’t be so busy pursuing AI and automation! As long as we need to deal with messy, we may as well have some tools to make it through.

There’s no doubt that female leaders face unique challenges as they seek to advance their careers. Communication style is judged as either too harsh or too soft. Even voices are criticized and can hold women back as they move up the ladder or forward in their career. These unique challenges need to be discussed in a supportive and honest environment. This interactive keynote provides tools that will reframe confidence and executive presence–empowering women immediately to deliver clear, efficient, and powerful leadership communication.

Executive Presence: Are You Showing Up the Way You Want To?

We’ve all seen them–the executives who dominate the conversation, oblivious to the fact that everyone around them has tuned out. Or the ones who are super smart but unable to make eye contact as they share their brilliance. Being an executive is more than about what you know, it’s about inspiring confidence and earning trust. Understanding how we come across to others–for better or worse–opens up space for growth in our ability to connect and lead. Because leadership without connection won’t take you very far.